I Start: An Interview with Wokai’s Casey Wilson 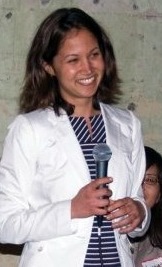 While studying at Beijing’s Tsinghua University in 2006, Casey Wilson and Courtney McColgan met and found they shared a mutual interest in alleviating poverty in rural China. They set about researching the possibilities of forming an organization that could support and foster the nascent Chinese microfinance industry in it’s work with rural Chinese. While it would clearly be a challenge, Wilson and McColgan decided to form Wokai, which means “I Start” in Chinese. Wokai is a nonprofit based out of California with an office in Beijing and chapters in Beijing, San Francisco, Seattle, and New York City. Wokai raises funds through contributions made on their website and works with its Chinese microfinance partners to disseminate the funds to rural borrowers.

Casey Wilson, Co-founder and CEO, who splits her time between Beijing and California, manages the Wokai team, outreach, public speaking, and field partner evaluations. She spoke with us about Wokai and China’s growing microfinance sector.

Q. How many months has Wokai been in operation?

A. We started 2 years ago. When I say start, that’s when we actually came up with the idea. We spent 3 or 4 months writing our business plan and in August 2007 started building our website, building our donor base, working with developers, finding NGOs to partner with, developing a chapter network (groups of volunteers that have day jobs we’re their night and weekend gig), working on spreading the word about Wokai by holding events. We worked on that from August 2007 through November 2008 when we launched our website. It’s only been up and going for a little over 6 months in terms of actual borrowers and facilitating loans.

Q. What is your view of microfinance in China? 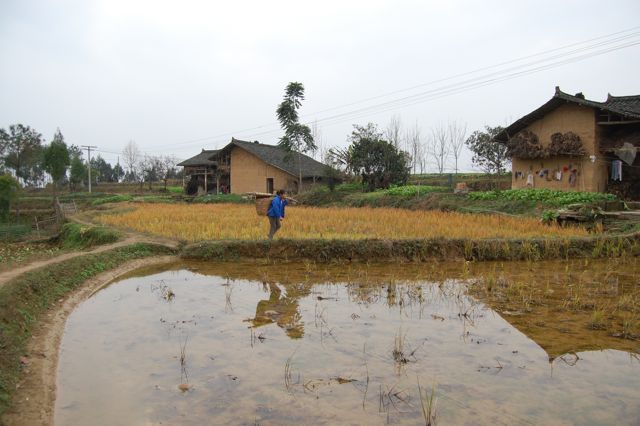 A. Microfinance in China is about 20 years behind countries in similar levels of development around the world. It has the second largest population in the world and second largest microfinance demand in the world. India in terms of microfinance is going to reach 3 billion soon, China is only at 200 million. There are a number of small institutions which are all really young and have a small amount of donors. China has a really long ways to go in terms of catching up and meeting the demands. For us that makes it more complicated because if this were other countries around the world, we could easily go in, look at an audit, and know they had been strong institutions and had been vetted by other international organizations. Since that’s not the case, we have to do a lot more evaluations and monitoring.

Q. Why is microfinance the best option for alleviating poverty?

A. Best is a strong term. It’s one of the best because at moving people out of poverty. It’s interesting to see the majority of the borrowers we’ve seen are using part if not all of the income [from their businesses] to send their children to school, as well as, pay for health care they could not otherwise afford. [Microfinance in China] is also good for the environment. They are creating more sustainable businesses instead of working for large businesses and factories that are pretty polluting. It addresses other key social needs as well.

One thing I really like about it is that it’s so sustainable. It’ll go on to the next person. A hand up rather than a hand out. When you look at China, where the rural-urban divide is growing, you can see they need business, industries, jobs, and microenterprises to grow those and then employ more people with disposable income. It will create a positive place to see some rural development.

Q. Approximately how many people have received loans so far?

A.  A little over 100 people. We’re planning for it to be pretty exponential. Depending on viral marketing and word of mouth along with our online efforts and PR efforts, we want it to grow exponentially over the next 8 years. Eventually, we’d like to see 20,000 contributors and over 20,000 borrowers. In the farther futures we want to get to the point where we connect people all over the world—Chinese Americans, expats in America, Europeans, and hopefully in China domestically as well. It’s our goal to get loans to 100,000 people in the next 5-8 years. Q. What barriers currently stand in the way of microfinance taking off in China?

Q. What are some of positive things you’ve seen going on?

A.  Personally, I just like the individual stories. I really enjoy looking at the borrowers I support. On a micro level—one of my favorites is this woman from Sichuan who is 24 years old. When she was 18 she and her husband got married and were basically put into indentured servitude. His family put them in debt for living with them so they worked I the city for 4 years to pay off the debt and she was able to save up a little money when they moved back to Sichuan to start up a duck industry.

She bought a number of ducks. She started the business, and then 3 months in all of her ducks died. It turns out, at the same time she found out about our field partner. She went to them and got support and money to restart her duck business. I’m so impressed with her A—That she is so young and persevered through so much adversity and B—looking to see where she is with microfinance and where she would be without it. If our partner had not been there to help her she would have been left with nothing, her only options would have been to go back to the city, and she would never had the tools to lift herself from poverty. Stories like that are really inspiring to me.

Find out more about Wokai on their website, blog and in our December 08 Newsletter.

This blog post is part of Zemanta's "Blogging For A Cause" campaign to raise awareness and funds for worthy causes that bloggers care about.

Very nice to visit your blog and found very interesting. I also have an blog www.philanthropist.org. which is a market-based micro-philanthropy exchange that joins charitable donors with workateers.

The comments to this entry are closed.